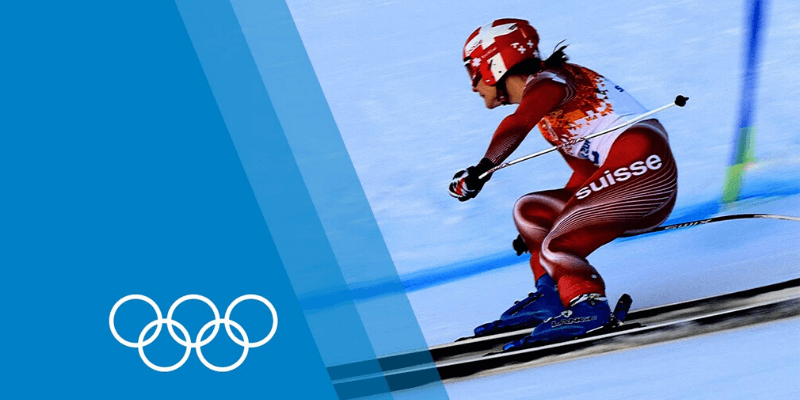 Alpine skiing has been a competition in Winter Olympic Games since 1936, held as a combined event. It was not until 1948 (no games were held in 1940 or 1944 due to World War II), downhill skiing was separated from the combined events.

Women from different countries have joined this fantastic snowsport ever since. In total, there are 19 amazing ladies who had won gold medals in Alpine downhill skiing during the year 1948 to 2018.

With us all wilding down from the excitements of the Pyeongchang Winter Olympics, I figured it would be an awesome idea to put together a list of women gold medalists in history.

That’s why this infographic was created — helping us get to know those women skiers and their extraordinary achievements. See which hero is from your country and the great stories behind her skiing career.

Initially, I was hoping that I could feature all the medalists but soon found it really challenging. Nevertheless, you can click here to learn more about all the gold, silver, and bronze medalists if you are ever interested.

The History of Alpine Skiing

Alpine skiing can be traced back to the 1850s in Norway. It was a sport that skiers need to slide down from the top of the hill to the bottom all by the skis. It was first debuted at Olympics in 1936 at Garmisch-Partenkirchen.

That’s why when we look at the Women Gold Medalists in Downhill Skiing, the sport actually started from the year of 1948.

Getting to Know Downhill Skiing

Now that you know downhill skiing is one kind of Alpine skiing competition, let’s take a deeper dive into what it is all about.

Downhill skiing, like many other competitive sports — the one who finishes the competition fastest is the winner. The race is usually very long, and with big jumps and fast turns along the way. In general, it’s a snow sport that requires athletes to have six different techniques, i.e. courage, speed, risk, physical condition, and judgment,” according to the competition rules of the International Ski Federation. How fast can downhill skiers go? 80-95 miles per hour (or 129-153 kilometers per hour), according to Sports Illustrated.

Well, it’s hard for us amateur skiers to reach that speed and it’s dangerous to do so unless you know you’re doing. But, there’s one thing we amateur and pro players in common — the love for this snow sport and the joy we get out of it, no?

Anyway, let’s learn more about each of the women’s gold medalists and what she had to say.

Goggia was the first Italian woman who won the downhill Olympic gold in 2018. At the age of only 25, she had already won two World Cup downhills. Goggia said her achievement was still sinking in:

“I feel so focused on the day that I haven’t realized yet what I’ve done. I moved like a samurai. Usually, I’m really chaotic, but I wanted to take in every little detail, every particular in the morning. I believed in myself.”

2014 was the first-ever tie for gold in an alpine event at the Olympics. Dominique Gisin and Tina Maze both won a gold medal.

Gisin was named as Swiss Sportswoman of the Year for 2014. She was asked, “What achievements are you most proud of in your sporting career?” She said, “I’m proud, that despite many tough moments, with lots of injuries, I never gave up and made it to the top of an Olympic podium.” It’s truly inspiring to hear her stories.

“Smiling through my tears, my desire’s a weapon against my fears. I want to be a tale they tell over the years, to inspire the world.”

Lindsey Vonn is one of the most successful American ski racers and is considered among the greatest. She won the gold medal at the 2010 Winter Olympics, the first ever in the event for an American woman. In AskMen, Vonn was asked, “You’re very accomplished, what motivates you at this stage in your career?” She said: “I want to keep pushing the limits to see what’s possible. That’s the nice thing about ski racing — no one is stopping you from going faster.” We are not born with the ability to do everything, but we can push our limits and strive to the next level.

Michaela is a former skier from Austria. She was the first woman to win the double in the speed events in Alpine skiing, downhill and super-G, since super-G was introduced into the Games in 1988.

Carole Montillet’s victory in downhill skiing at the Salt Lake City Winter Olympics was her first major triumph. It was also the first gold medal for a French woman in Alpine Skiing. One special thing for Montillet was that she declared that she would dedicate her World Cup season to her teammate Regine Cavagnoud, who died unexpectedly in a high-speed collision while training back in 2001.

Seizinger is the most successful alpine racer from Germany. She became an Olympic champion for the first time in 1994, winning the downhill gold medal. Four years later, Katja replicated her success and thus became the 1st female alpine skier to defend an Olympic title in two consecutive Winter Olympic Games.

Marina Kiehl is a former German skier. “Downhill had never been Kiehl’s strongest suit, but here she decided to throw everything she had into her descent”

Michela Figini made her World Cup debut at age 16 in January 1983 and won the downhill at the 1984 Winter Olympics at age 17. To date, she still remains the youngest Olympic champion in alpine skiing. Before she won the title, she told a reporter “Once I had that line, I was confident that I could go out and do it again the next day. I wasn’t worried.”

Annemarie Moser-Pröll won five World Championship titles (3 downhill, 2 combined) and one Olympic gold medal. Of all female skiers, she is the one who won most races of a single discipline in a row. Her fans gave her a nickname “The Tiger from Kleinari” in memory of her audacious and courageous style in the races.

In the 1976 winter Olympics, Rosi Mittermaier was the oldest athlete in the downhill skiing at aged 25, while this “Grandma” won double gold medals at downhill and Slalom. This put her competitors in their place in Innsbruck. Unlike other retired skiers, she went on to record an album of folk songs after retired according to the Olympics.

When Marie Theres Nadig was only 17 years old, she won gold medals in the downhill and giant slalom events at the 1972 Winter Olympics.

Olga Pall was selected as the Austrian Sportswoman of the Year in 1968, and in 1996 she was awarded a gold medal for services to the country.

Christl Haas became a national hero as a twenty-year-old Olympic champion in the downhill event at the first Innsbruck Winter Olympics.

Heidi Biebl was one of the greatest skiers of her generation and the finest German since Christl Cranz. When she recalled her win, she said “I just tried to keep away from the crowds and summon up all the concentration I needed for the race. I wasn’t any more nervous than I usually was.”

Madeleine Berthod won the gold medal in the downhill skiing event on the day of her 25th birthday and Berthod was the only athlete to feature on a postage stamp.

Trude Jochum-Beiser was the first woman who won two Olympic medals in Alpine Skiing according to the Olympics.