What is Super Combined in Skiing? 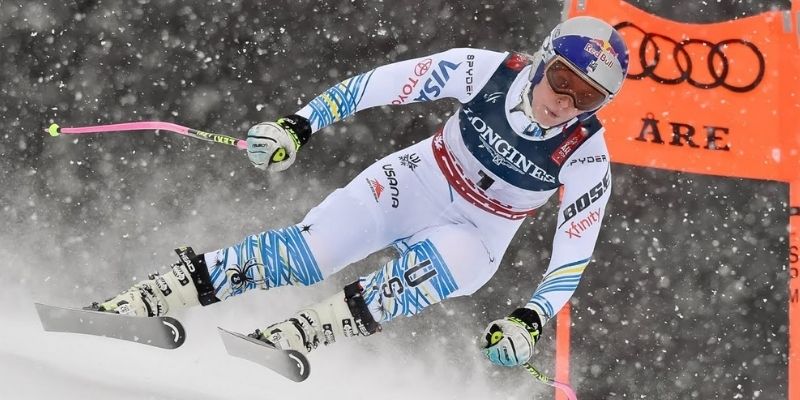 If you’re new to skiing, there are plenty of terms you need to learn. Whether it’s a reference to a type of snow, piece of skiing equipment, or a skiing style, there are a number of different words and terms that describe all of the activities out on the snow.

One such term that you might have heard of if you like to ski race or have watched any ski racing competitions is super combined skiing. That’s the term that we will address and break down in this article. Keep reading if you want to learn more.

Super Combined is a type of downhill skiing that combines two different ski racing styles: slalom and downhill. In modern professional races, that event takes place over several days and involves three different runs; one slalom and two downhill. The skier with the fastest time in all of the runs added up wins the event.

Downhill is one of my favorite types of ski racing to watch. As you might expect from the name, the objective of this skiing event is to get down the entire length of a course as quickly as possible. For professional skiers, that can be ridiculously fast. Downhill skiers consistently reach speeds of 70 and 80 miles per hour, which is faster than most cars on the highway. The record speed in a downhill event is actually 100 miles per hour!

That speed requires tremendous skill and technique. It’s also truly amazing to watch in person or on television, as you will witness some of the best skiers in the world ski as fast as they can down a course. The racers must pass through gates, and each course has its own unique characteristics that fall within a certain set of parameters set up by the FIS or International Ski Federation.

Slalom is a different type of ski racing that’s also exciting and fun to watch. It involves skiing down a course where the skier must make turns in a set manner to pass by/through poles or gates. There are other types of skiing similar to slalom, such as super G and giant slalom, but regular slalom usually has the smallest distance between poles or gates. That makes it a technical event.

Slalom is not as fast as downhill, but it requires tremendous skill and technique. If you want to see skiers perform high-level maneuvers in a technical fashion, slalom is well worth watching. Skiers in slalom events get so close to these gates that they will actually run into them to get the fastest speed. It can look pretty weird to watch, but once you understand the nature of the event, it makes sense.

Downhill and slalom styles of skiing existed well before the more modern version of Super Combined did. However, the combined style still has a history of its own. The first official Super Combined event occurred almost 90 years ago at the FIS Alpine World Ski Championships in 1931. That’s almost as long as this competition has existed and makes Super Combined skiing an event with a storied past.

Super Combined is currently an Olympic event but it hasn’t always been. It took well over a decade from when Super Combined races started to take place around the world until it was recognized at a more grand scale at the Winter Olympics. It was first introduced in the Olympics in 1948, which is the same year that downhill and slalom made the cut for the worldwide winter competition.

Today, the Super Combined event occurs at many levels of skiing, from amateurs all the way to the top races with the best skiers in the world. The top-level events with the best athletes are the Winter Olympics and the World Cup. The Winter Olympics only occur once every four years, while world cup events occur every season. While those events are definitely professional-level, amateur competitions can still be quite enjoyable and are found all over the world.

Can You Try Super Combined Skiing?

If you’re not a ski racer, you may have a difficult time ever attempting super combined skiing. Real ski racers have specialized equipment that allows for high rates of speed with great turning capabilities. The everyday skier is not going to have access to top-level ski racing equipment, and that’s one reason it’s difficult to try Super Combined skiing if you are interested in it.

The other reason why an average skier is not going to have the opportunity to ski the Super Combined is that you won’t find access to a ski racing course at many resorts. Even so, some will have a small slalom or super-G course set up that they will allow regular skiers to use. This can be a lot of fun and you can give you a taste of what it’s like to actually ski through gates and try to go your fastest.

You’re not going to have access to a full downhill course plus a slalom course plus a set of timers and judges to keep track of your time. Those top-level events are intended to be skied by actual ski racers, and that reality means everyday skiers like you and me are never going to get the chance to ski the Super Combined.

Super Combined skiing is a fun and exciting event to watch during the Winter Olympics, World Cup, or any other ski racing circuit. Combining both downhill and slalom styles makes Super Combined a technical and skilled event that truly showcases a lot of amazing maneuvers. You probably won’t get the chance to ski the Super Combined unless you’re a ski racer, but try to catch it on TV or at your local resort to see it live.

Do you enjoy Super Combined skiing? Why do you like it compared to other disciplines? Let us know below.