If you are like me and enjoy watching skiing, you probably already know that the Winter Olympics usually provides the best opportunity to see these events on television. While there are other ski events televised periodically, the Olympics usually have the best and the most coverage.

The Winter Olympics is filled with many different types of skiing events. Most of these events are either downhill, cross country or some combination of them. One of the more interesting cross country events is called skiathlon. This is a pretty cool event that can test the endurance of almost any cross country skier. So, what is skiathlon? Let’s take a look and find out.

The skiathlon consists of two stages starting with classic cross country style and ending with freestyle. The two styles are very different types of cross country skiing and this event tests the ability of the skier to transition from one to the other and be able to perform well using both techniques.

Classic cross country skiing consists of a technique where the skier slides one ski forward while the other remains stationary. The stationary ski is then slid forward while the other ski remains in place. This process is repeated in a gliding motion. This part of the event usually takes place in tracks a couple of inches deep that have already been formed into the snow.

Freestyle or skate style cross country skiing is a method in which the athlete’s ski tips are at a wide-angle pointing away from them. The skier kind of rocks back and forth, pushing off of each ski from side to side. This is very similar to ice skating which is why it is sometimes called skate style. This method is very good for climbing hills and as a hill gets steeper, the angle of the skis will become larger to help give the racer more traction as they go up the hill.

The two different styles also use two different types of skis. The classic style uses the normal traditional cross country skis for the first half of the race. Once the first leg is completed there is a transition area where the competitors change to their skate skis, which are wider and shorter. These shorter skis make it much easier to use the skating type technique.

Using one technique for 15K (or 7.5K) and then switching to another method can be a real adjustment. Studies have shown that it often takes the athletes about 3 minutes to completely adjust to the new style and get into a good rhythm. This is because the two different styles have such different techniques that require different breathing and pacing.

Practice and repetition of this type of transition can prepare the participant mentally so that they know how to change their technique, breathing rhythm and pacing. This makes for an awesome type of event where only those who are in the top physical condition and mentally prepared will be able to perform the best.

History of the Skiathlon

Cross country skiing has been part of the Winter Olympics since 1924. The skiathlon has been around for quite a while but it was previously called “pursuit.” The name was changed to skiathlon in 2011. The name was changed because there was confusion between the pursuit event which was the separate ski event that we now know as skiathlon today and the ski portion of the Nordic combined race.

The pursuit portion of the Nordic combined race is a leg in which racers start in a handicapped start which is based on their performance in the previous parts of the competition. It became confusing to call the two-leg cross country style race the same name, so it was later changed to skiathlon.

The last Olympic skiathlon took place at the XXIII Winter Olympic Games in Pyeongchang, South Korea back in 2018. The country of Norway took all three medals at the men’s race. Simen Hegstad Krüger took the gold by winning the event. It was his first-ever Olympic Medal. His teammates Martin Johnsrud Sundby won the silver and Hans Christer Holund took the bronze.

The field included many previous Olympic medalists but Sundby was the only one to get another medal in the 2018 event. The complete race results, including the times and rankings for each interval, can be found here. It is very interesting to see how the positions changed between the first and second leg of the race. As you can see the Norwegians were very good at making the adjustment between the two different styles.

The Women’s event at the 2018 XXIII Winter Olympics was held on the first day and produced the first medal winners of the 2018 games. Charlotte Kalla of Sweden won the gold. The defending champion, Marit Bjørgen, took the silver and Krista Pärmäkoski won the bronze.

In the Women’s event, the gold and silver medal winners swapped first and second place from the end of the first stage to the end of the second stage making for another exciting event. For more information, you can also take a look at the results for this race.

Skiathlon is a great cross country ski event that combines the two mains styles of cross country skiing. It provides a real physical and mental challenge to all competitors due to the length of the race and the fact that the participants must change their technique halfway through. You can be sure that anyone who competes in this race is a true athlete.

What is your favorite Olympic ski event? We’d love to hear from you, so please leave your comments if you would like. 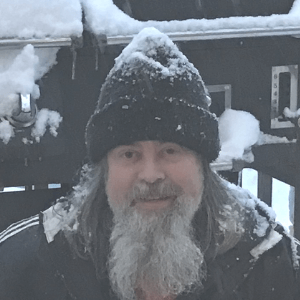 As a young kid, I traveled from Indiana to Colorado where I first learned to ski. Over the years my love for skiing grew and eventually as an adult I was able to move to Colorado where I can always be close to the mountains. Writing about skiing gives me the opportunity to continue to be involved in a sport that I have always enjoyed.