What is Nordic Skiing? 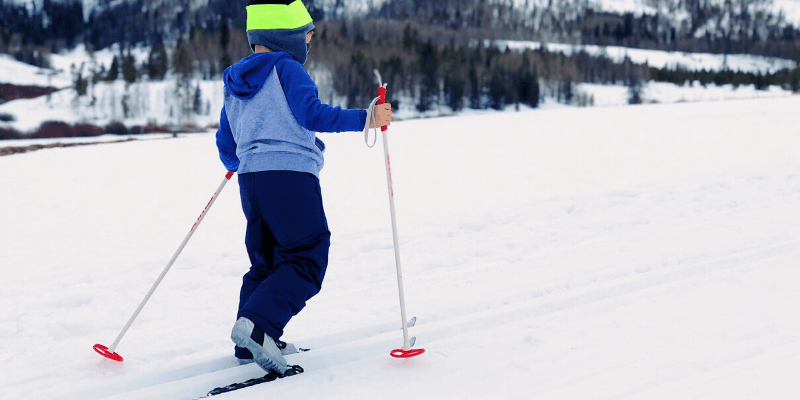 Today, there are many different styles of skiing. From downhill and alpine to touring and freestyle, skiing has come a long way over the years. Innovations in ski design and technology alongside amazing athletes who push the sport to the limit have created an expansive and exciting age for this popular winter activity. In fact, there seems to be a new style each and every year.

Even with all of the exciting developments that have happened in the world of skiing, the sport can trace its roots back many generations to early humans who lived in cold winter climates and needed to find a way to move or travel across deep snow. That is where Nordic skiing first emerged.

Nordic skiing, also commonly known as cross country skiing, is a style that involves using skis to get from one point to another across the snow. That is different from other popular styles that focus on tricks or downhill speed. Cross country skiing and Nordic skiing are synonymous, and even though downhill skiing may have surpassed them in popularity, skiing would not exist without its Nordic roots.

A History of Nordic Skiing

All forms of skiing can be traced back through history to the first humans who fashioned skis out of wooden planks in what is now Scandinavia. Archeologists in this region discovered a wooden ski that was dated around 4500 years old and there are cave paintings that depict humans on skis that go back even further.

Early skiers would fashion long wooden planks out of any type of available wood and use a single pole to push themselves across the snow. The word “ski” comes from a word in Old Norse that means stick of wood. These Nordic roots held true for many thousands of years into more modern times when skiing would start to gain in popularity not just as a means for transportation, but also as an activity for leisure and recreation.

By the early 1800s skiing began to develop into a form more similar to how we recognize the sport today. Two skis were attached to the skiers feet using leather straps in an early form of bindings and two poles were used to push the individual across the snow. Norway was a big region for early Nordic skiing and the activity gets its name from this country which, in turn, inherited its name from the Norse people who first lived in the area.

Nordic skiing gained popularity in Norway because it was used by soldiers in the army. They would race each other and have competitions. That then led to a growth in popularity. The first official Nordic ski race was held in Norway in 1842. That then led to a popular ski festival called the Holmenkollen ski festival, which was focused almost entirely around Nordic-style skiing.

The sport continued to grow in popularity around the world, but was still centered in Scandinavia into the early 20th century. Norwegian immigrants brought the sport with them to the United States, where early settlers would use it to develop the popular downhill styles common in the West today.

Nordic skiing became an official Olympic sport in the 1924 Winter Olympic Games held in Chamonix, France. This put worldwide attention on the already popular sport and it would continue to grow and expand from there.

Today, Nordic skiing can be found all across the world. Anywhere there’s a winter season, there are Nordic skiers. It’s quite popular both as a means to get out and explore snow-covered regions and as a form of exercise. There are even dedicated Nordic centers that have many different trails for skiers to use and enjoy, with various designations of difficulties assigned to each just as in downhill skiing.

Nordic skiing is also still a popular and exciting Winter Olympic event with different distances and versions of the sport occurring whenever these games are held. Modern Nordic skiers are some of the best endurance athletes in the world, and if you have never tried this style of skiing before, you’ll be surprised at how much strength and stamina it takes.

There are two basic styles of Nordic skiing – skate and classic. Classic skiing is similar to the old version of Nordic skiing where skiers use two skis and two poles to propel themselves across the snow. They move their skis in a straight-forward fashion, almost as if walking, to generate push. The skis for this style have a scale-like bottom for better grip.

Classic Nordic skiing looks more like what you see in the Olympics. Skiers still use two skis and two poles, but they move at a much faster speed than classic skiing allows. In contrast, skate skiing looks similar to ice-skating where individuals use the inside edge and an outward skating motion to generate momentum and move efficiently across the snow. Those motions, combined with a solid push from the skier’s poles, generates a lot of speed.

If you want to try Nordic skiing for the first time, it’s very easy to rent equipment and get started. Any Nordic center will be able to equip you with all the necessary skis, boots, and poles to get going. You can even take a quick lesson to learn the basics. Nordic skiing is a fun activity for any skier. If you love hitting the slopes, you’ll truly have a blast.

Skiing is a great activity no matter which style you prefer. If you want to get a glimpse into the history of the sport as well as take on a new challenge, I would recommend giving Nordic skiing a try. It is a great form of exercise, as well as a tribute to skiing’s rich ancestry.

As this style is quite different than modern downhill skiing, it can take some getting used to at first. However, after a few days on the snow, you’ll be able to ski just as humans did many thousands of years ago.

Have you ever been Nordic skiing before? Was it easy to learn or difficult? Let us know in the comments below!