What is Ski Touring? 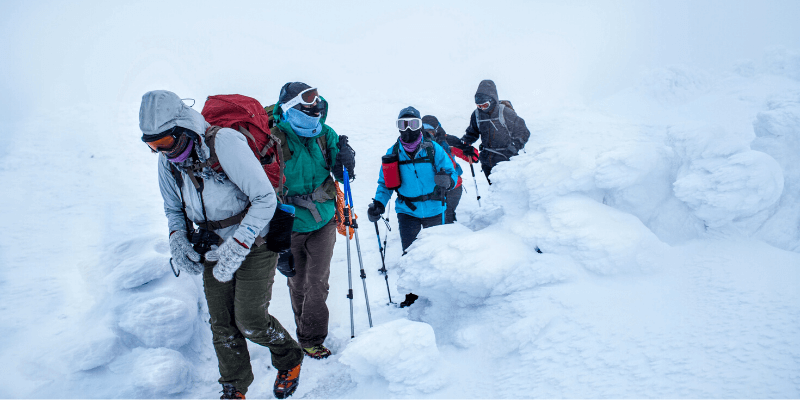 From its inception, skiing has always been a way to easily move across snowy terrain. If you’ve ever tried to walk a short distance in deep snow you know how hard it is to get anywhere. Skiing revolutionized how humans exist in winter and made it possible to easily move long distances.

That transportation aspect is at the core of modern-day ski touring. While humans no longer need to fashion skis to get around, the invention paved the way for the sport that millions enjoy all over the world. Ski touring is a blend of different ski styles, but it can trace its roots back to the days where skiing was the only true form of winter transportation.

Those who only loosely understand ski touring might wonder, “Why would anyone want to try to ski uphill?” Modern alpine skiers are used to the comforts of comfortable ski lifts and easy-to-navigate conditions within the confines of a ski resort. However, some skiers crave a little bit more adventure. That is where ski touring comes in.

As mentioned above, ski touring has been around since the beginning of skiing. Since ski touring is, in a literal definition, getting from point A to point B on skis, everyone who skied before the creation of downhill styles toured. However, modern ski touring is a bit different. We will look at that below.

Modern ski touring traces its roots back to the adventurers and explorers who first braved the white landscapes in the late 19th century. Those intrepid individuals would set off into heavy winter conditions with all of the equipment and supplies they would need for a multi-day ski trip. One such pioneer was a Norwegian-American named John Thompson who delivered mail by ski in California during the mid-1800s.

Many people skied long distances in order to deliver supplies and other important goods to communities isolated by winter conditions. That is why, before ski touring became the sport and hobby that it is today, it was a means of survival and importance that relied on the skills and boldness of early tourers.

What is Ski Touring?

Today, ski touring involves a number of different skiing styles that enable skiers to cover distances on snow without the need of ski lifts or snow-machines. A lot of the time, skiers who practice this style will ascend a mountain or other uphill terrain in order to ski back down again. Though tough, that allows you to ski in a range of exciting or interesting environments.

While most ski touring takes place in the backcountry, it can also happen in-bounds and on flat terrain. I was skiing at a resort in Colorado just the other day and saw a group of ski tourers headed uphill underneath the ski lift that I was on. It’s hard work, but it’s also great exercise and doesn’t require a lift ticket.

Some people, like the skiers I saw at the resort, go on single day tours. That typically involves heading out early in the morning to start your ascent. Also, make sure to pack water and snacks for the day and be sure to properly prepare for the rigors of the mountain. Day touring is a great form of exercise that comes with an epic reward at the end – skiing back to where you started. You may only get one run in, but it’s well earned!

If a single tour isn’t your thing, you can also venture out for a multi-day ski tour. That is an amazing way to spend time out in the winter. Multi-day trips often have a destination, such as a cabin, or a series of places to stay where skiers can sleep and rest comfortably between long treks through the snow.

If you want to start ski touring, you need the right equipment. There is modern equipment specifically designed for the needs and demands of ski touring that will help you better work your way uphill and give you a great time as you ski down. Modern equipment is lightweight and functional in a way that helps you move quickly and efficiently through the snow.

Common ski-touring setups have a flexible boot that allows for a lot of flex. Such flexibility helps you better ascend and work your way through flat spots and uphill sections during your tour. Ski touring bindings are also different because they allow you to free your heel during uphill sections, similar to cross country skiing. That allows you to more easily skate and climb with your skis on.

Once you’re at the top, you can lock your heels back down so you’re ready to go. Ski touring typically involves the use of skins on the bottom of your skis. These are attachments that allow your skis to better grip the snow and pull you uphill. Once you reach the top and are ready to ski back down, you simply take off the skins, pack them up, and go for it.

Ski touring is an amazing style that allows you to escape the crowds found at resorts and experience skiing as it has been for many, many years. Touring involves a lot of determination and hard work, but if you’re ready to commit, you are almost certain to lay down fresh tracks in areas that may have never been skied before.

Have you ever been ski touring before? How long of a tour did you go on? Let us know in the comments below!