What Are Demo Skis? 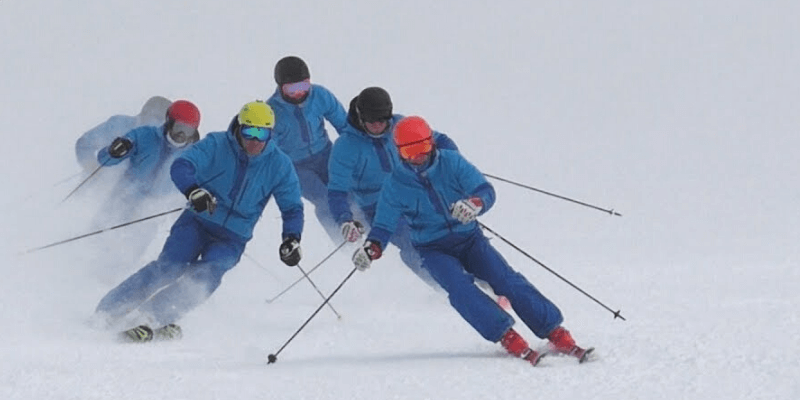 If you are new to skiing, there are plenty of terms that you’re most likely unfamiliar with. From carving and camber to freeriding and freestyle, there are many different words that apply only to the sport.

Ski culture is always innovative and can sometimes feel like an insiders club. When you’re in, you’re in. However, if you’re an outsider, it can be overwhelming to understand all of these terms and phrases.

One phrase you may have heard of in the ski world is demo skis. In this article, we will take a look at what demo skis are and what they are used for, as well as different instances where you might want to use them.

Demo skis are not necessarily something that every skier needs to know about, but they can be useful for a variety of reasons. We’ll cover those below.

The Basics of Demo Skis

Demo skis are basically high-performance rentals. These skis are typically top-of-the-line in a specific model or brand that isn’t a part of the common rental package.

Demo can be considered short for ‘demonstration’ skis, meaning they are given to people who might be considering purchasing them to own rather than just rent.

Demo skis are a way that skiers can experience high-end equipment before purchasing said equipment.

If you go to a ski rental shop or resort, demo skis tend to be the most expensive option. That’s because they are the highest-quality options available to renters.

In addition, they tend to be the highest-end models on the market. Demo skis are often the most current model of a particular ski, and some can even be a year ahead to give skiers a look at what’s coming next.

When Would You Use Demo Skis?

Sometimes skiers might want to rent demo skis because they want the latest and greatest equipment. That’s understandable, and it’s a great option if you have the cash to spend on high-end gear and don’t own your own.

In other circumstances, skiers want to try out a ski before purchasing it and they can demo whatever ski they’re interested in to see if it works for the style and preferences.

If you’re an avid skier, you might know exactly what you’re looking for, but even if you do it’s hard to tell how well skis perform without trying them out first. You wouldn’t buy a car before you test drive it, would you?

Demo skis allow you to test drive skis and get a feel for them before dishing out the cash on a new set that you know nothing about.

Demo skis can also be a great way to get discount skis for cheaper than you would if they were brand new. After a rental shop or ski company rents out their demo skis for a season, they might try to sell them at a discount.

Since these skis are used, they are cheaper than brand new ones. If you inquire at your local ski shop or other retailers towards the end of a ski season, or even in the summer, you can sometimes get demo skis for cheap.

Other Things to Know About Demo Skis

Some ski companies will have demo days at ski resorts where they bring their most current lineup of skis and allow skiers to test ride them for the day. This is a fun way to experience a new ski.

If you ever see a tent full of new skis at the base of a ski hill, go check it out. It might be one of these demo days where you can try out some new skis for cheap or free.

Another thing to know about demo skis is that they come equipped with demo bindings. Demo bindings are set up to be adjustable for different size boots and different skiers.

This means that you usually won’t get a high-end binding when you’re demoing skis. Even so, demo skis are fully adjustable, which means you should get a good feel during the test run. Just note you’ll want to replace the bindings after the purchase.

Demo skis are also a great way to explore new designs and innovations in ski technology. Even if you have a set of skis that you really love, it can be a lot of fun to try something new.

Demo skis allow you to explore what options are out there and you just might find a new favorite. I own several pairs of my own skis but I still like to demo other options a couple of times a year.

Now you know the basics of demo skis. It really isn’t that complicated and they are not some fancy variety of ski that only experts can handle.

The term is widely used in the industry and is synonymous with new or current (and even future) models.

Demo skis can be the most expensive rental option available, but they will also be the best and highest performing models you can find.

If you have never tried demo skis before, you should give it a shot. It’s a fun and enjoyable way to try out new equipment and you might just find a new favorite ski.

Have you ever used demo skis before? What did you think of the experience? Let us know in the comments below!