Why Are Ski Poles Bent? 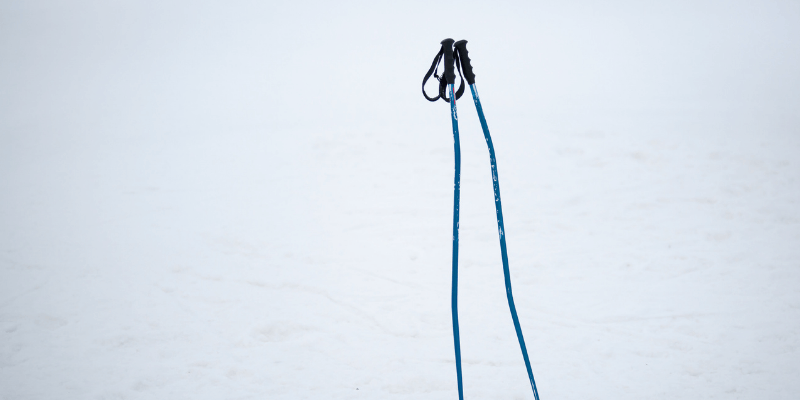 Not all ski poles are bent, but you have probably seen some that are. Racing poles have an ergonomic bend that matches the skier’s shape in the tucked position. This can help reduce drag and increase their overall speed.

I’m a passionate skier with a genuine love of the sport. I’ve spent most of my life skiing as much as I can and learning everything there is to know about it. I have done some research to understand why not all ski poles are straight.

This post will explain why some ski poles are bent. I’ll explain how this can help with racing and speed and provide some other useful information.

Let’s point downhill and get started.

Most ski poles are straight. The vast majority of the poles you see on the mountain will be as straight as an arrow. This shape works well for nearly every type of skier, and you don’t need to get intentionally bent poles unless you are a racer.

If your poles bend after you take a bad fall or put a lot of pressure on them, you might need to get a new pair. If they are made of aluminum and get bent, they will become weaker and can eventually break.

Why Are Ski Poles Bent

Even though most poles are straight, you have probably seen bent poles on the mountain if you are reading this post. These poles are also known as racing poles and are designed for competitive ski racers.

The curved shape of bent poles helps reduce drag when skiers try to go as fast as possible. The poles match the profile of the ski racer’s body when they are in a tucked position. The makes them more aerodynamic and can shave milliseconds off their race times.

Curved poles are all about aerodynamics. Ski races are often decided by fractions of a second, and racers will look for any competitive edge to go just a little bit faster. This is why bent ski poles were invented and are still commonly used.

I’m not sure who first invented the bent ski pole, but my guess is that some ski racers were tweaking their equipment or an engineer realized that straight poles caused a little extra drag that could slow things down.

Should You Use Bent Ski Poles

Unless you are a competitive ski racer, there is no real reason to use bent ski poles. The average skier isn’t going to notice any difference in speed or performance during a typical day on the slopes.

If you aspire to be a ski racer, you might want to start using bent poles to get used to how they feel. But everyone else should stick with straight poles.

You won’t notice a few milliseconds of increased speed, and chances are you don’t know the proper form to use the aerodynamic benefits of bent poles to your advantage anyways.

Here are a few short answers to some common questions about ski pole shape and design.

Can you fix a bent ski pole?

If the pole isn’t bent too severely, you can sometimes straighten it back out. It really depends on the quality of the pole. Every time it is bent or straightened, the pole weakens a bit. This can eventually cause it to break.

What do you do with a bent ski pole?

Unfortunately, there isn’t a lot you can do with a ski pole that is badly bent and not suitable for use when skiing. I’ve seen some people repurpose bent poles into art projects or other tools like a stick shift for their vehicles.

The average skier does not need to use bent poles. Unless you have dreams of going to the Olympics someday, you’ll be fine using straight sticks on the slopes.