Where is Apres Ski Filmed? 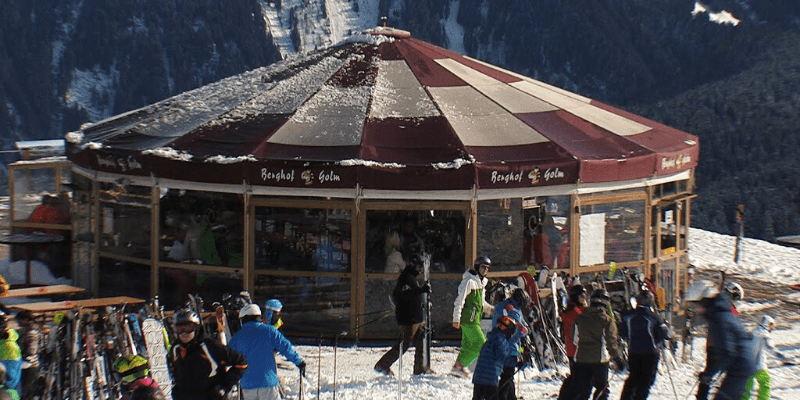 Skiing is one of the most popular winter activities on Earth, and that popularity continues to grow each and every year.

Not only does the number of skiers continue to go up, but the ski industry itself continues to spread into pop culture and other classic areas of society. One such example of that is in the reality television show Apres Ski.

What is Apres Ski?

Many of you are probably familiar with apres ski being the happy hour that many skiers look forward to at the end of a great day on the slopes.

This term directly translates to ‘after’ ski and it serves as a great tradition that occurs at ski resorts and ski towns across the globe. You can usually find great deals on drinks and snacks at any location that offers apres ski.

However, for the purposes of this article, we will discuss a different apres ski. The one discussed here is an American reality show that ran in 2015 on the Bravo network.

The show only had one season, but it was set in a ski town and documented the lives and interactions of a group of people who worked at a concierge service.

Where is Apres Ski Filmed?

As you might imagine, a show based around ski-culture needs to be set in a ski town. To keep up with that, Apres Ski was set and filmed in Whistler, British Columbia.

Whistler is a great ski town that has some amazing skiing opportunities mixed in with all of the fine-dining and resort culture you would expect out of a high-end skiing location.

It’s a world-class destination for many skiers and serves as a prime winter vacation destination.

The mountains of British Columbia see some great snow. In fact, in certain years the snow can pile up into some truly epic powder conditions.

Skiing in Canada can be really great and Whistler is one of the better-known ski resorts in the country. It sits in the southwest corner of the country, not too far from Seattle, Washington. That location makes it easy for many U.S. skiers to get to.

What is Apres Ski About?

Apres Ski is a reality television type show. It follows a concierge service set up by a man named Joey Gibbons who wants to carve his place in the world of luxury tourism.

The show covers his business and everyone who works in it as they help take care of the rich people in town and try to juggle all of the skiing related festivities that take place.

Gibbons and his staff created a business that caters to the high-end skiing lifestyle and they work with guests to provide unique and one-of-a-kind experiences.

Heli-skiing and luxurious spa treatments are all part of the amenities, and the show gives the business one season to either succeed or fail. That time frame creates a lot of drama for viewers to consume.

Even though Apres Ski is not entirely about skiing, it’s still fun and entertaining if you like reality television.

It gives a decent glimpse into the luxurious life to be had around Whistler, BC and is worth watching if you’re curious about what the Canadian ski town is really like. It also provides an excellent look into the region’s ski culture.

The show has a lot of ups and downs, with some episodes being better than others, but it’s pretty decent for those that know and enjoy skiing.

I don’t typically enjoy reality TV, but since this one was ski-related, I decided to give it a shot and watched a few episodes.

While it’s definitely not one of the best shows I’ve ever seen, it does have a few good moments and will easily make you want to get out and go skiing.

Have you ever seen an episode of Apres Ski? What do you think of the show? Let us know in the comments below!