Do New Skis Need to Be Waxed? 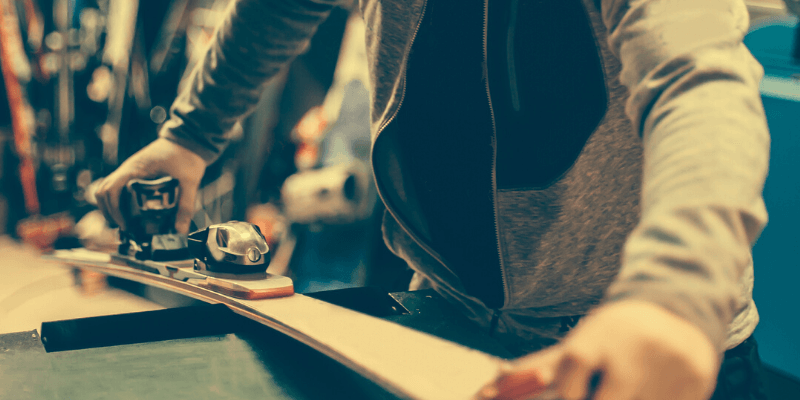 Getting a new pair of skis is almost as exciting as actually skiing. Whether you’re a new skier or have plenty of seasons under your belt, getting a new set of sticks is always cause for celebration.

It means that you’re dedicating a good amount of your time in the winter to one of the best sports around, and will continue to do so for the foreseeable future.

Though it’s easy to assume you can use a new set of skis right away, that’s not always the case. Generally, new skis come unmounted.

That means they need to have bindings installed on them before use. That process is easy, but it has to happen before you can point them downhill. Wax is something you need to keep in mind as well.

The Importance of Ski Wax

Wax is an important aspect of any ski set. You can have the most expensive pair in the world, but if they’re not properly waxed, they won’t perform well. Wax is what allows skis to easily slide downhill on the snow.

There are different types of wax for different conditions. No matter which you choose, know that a pair of skis with no wax will not get you far on the mountain.

Your skis need to be waxed fairly often to ensure that they slide smoothly. You can’t over wax your skis and if you ski a lot, it’s good to get them tuned up or tune them yourself.

Waxing isn’t that difficult of a task, but it does require some tools to do right. You will need an iron to melt the wax on your skis, as well as a scraper and buffer to polish the wax out after it’s applied.

Beyond making your skis slick enough to slide on the snow, ski wax also helps keep them from drying out and stops your edges from rusting.

Adding wax to your skis puts on a small protective layer that keeps moisture out of your skis and away from your edges.

If your skis get too dry, meaning they don’t have enough wax, it can cause your edges to rust and affect their performance.

Snow, while slippery, is not as smooth as it appears. Wax works to fix that by increasing how well you ride over the uneven substance.

Do New Skis Need to Be Waxed?

Most new skis are waxed when they come off of the assembly line. New skis should have a good sharp edge on them as well.

Even though this is very common because ski companies want you to have skis that are ready to go as soon as you buy them, it doesn’t always mean that the initial waxing has held up during transport and storage.

Every ski manufacturer has a different ‘factory tune’ method that happens to their skis after production but before they ship to different locations.

The differences from manufacturer to manufacturer can be found within the angle of the edge and the type of wax they use.

Even though new skis have been tuned by the factory, it’s always a good idea to wax them again before using them on the slopes.

Even if the skis are said to come pre-waxed, there’s a good chance that the wax has dried up a bit or scraped off during transport.

That can be due to hot weather conditions during shipping or just a result of a long time spent on the shelf. If you’re buying your first set of skis, you might not know the difference between what a properly waxed ski and one that is in need of wax looks like.

Don’t assume that your new skis are waxed and ready to go right after you purchase them. Most places that sell skis will also have a ski shop that can easily get your new sticks tuned, waxed, and ready for the snow.

A lot of shops will even offer this service for free. If they don’t, it’s usually a cheap service. You can also learn how to do it on your own.

Since wax is such an important element to your skis overall function, it’s always better to overwax them (and do it often) than it is to try and attempt to ski dry.

When buying new skis, you should always get them waxed before taking them up to the mountains. While a factory tune might have a decent layer of wax, it’s a good habit to know where to get your skis waxed so you can do as much as you need over the course of the season.

I would highly recommend that you learn how to wax your own skis if you’re an avid skier who takes the sport seriously.

It is an easy DIY task that doesn’t take long and can save you some money by not taking your skis into a shop whenever they get dry.

If you want to learn how to wax your skis properly, check out this video. You really can’t mess it up.

Have you ever waxed your own skis? What was the last model of ski you purchased? Let us know in the comments below!