Is Skiing Easier Than Snowboarding? 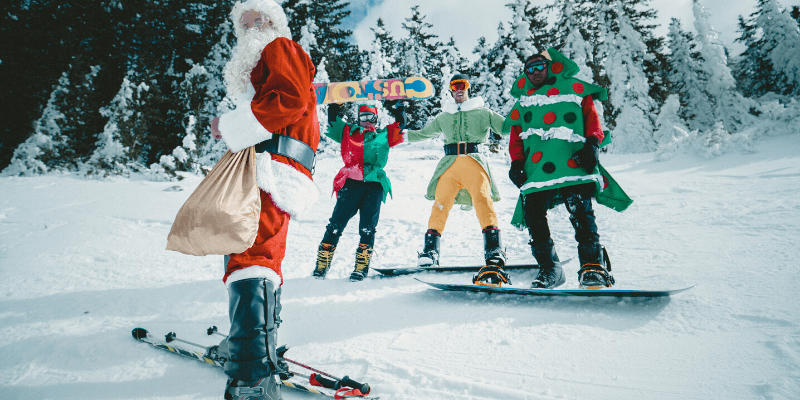 The debate between skiing and snowboarding runs deep. Both snow sports are well-respected, but they also come with their own pros and cons. Skiing has been around for a far longer time, while snowboarding is often seen as the more modern of the two. Snowboarding might be better suited for terrain parks, while skiing is a better way to explore the backcountry. Depending on which way you prefer to slide down snow, you can certainly have a favorite as well.

Both Skiing and Snowboarding are Hard to Perfect

Before we get into the debate on which snowsport is easier for beginners, I want to say that it takes years to become good at either skiing or snowboarding. If you want to be able to handle any kind of terrain or hit the big features in the parks, you need to practice a lot and spend many years out in the snow.

Most of the people I know who are either professional or considered experts on the snow have been skiing or snowboarding from a very young age. They have amassed hundreds, if not thousands, of days on the mountain to get to where they are now. There’s truly no better way to improve than through practice.

Not all of you will become experts, but almost everyone wants to be good. It doesn’t matter which of these snowsports you ultimately choose to focus on, what matters is that you stay dedicated to improvement and spend as much time as you can on the powder.

Why Snowboarding is Easier?

As I mentioned earlier, I think that snowboarding is easier to learn. One of the main reasons I believe that is because there are less elements to deal with and less equipment to worry about. When you’re snowboarding, all you have is the board strapped on your feet. When you ski, you have two legs moving independently on top of your ski poles.

Due to the different setups, snowboarding is a bit more intuitive than skiing. Once you’re strapped in and have your lead foot in front of you, the rest is just body control, balance, and learning how to use your edges. There are few elements to think about, which makes focusing much easier.

Snowboarding is also easier for some people because it’s similar to other common boardsports. If you already know how to surf or skateboard, for instance, you can translate some of those skills directly into snowboarding. Surfing and skateboarding may not use metal edges to turn like snowboards do, but there are many similarities between all of the sports.

Why Skiing is Easier?

For some people, skiing will end up being easier than snowboarding. I’ve already mentioned the reasons why I think snowboarding is easier, but let’s flip things around now and take a look at why skiing might actually be the way to go.

If you’ve ever ice-skated or roller-skated before, skiing might be easier than snowboarding. Both of those activities use both of your legs independently in the exact same way skiing does. In addition, they also require similar balance and body control. If you grew up on skates or have experience with them, there’s a good chance you’ll easily pick up skiing.

Both skiing and snowboarding are action-packed winter activities that I would recommend to just about anyone. Neither of the sports is easy to get into. They both take practice, patience, and plenty of time on the mountain. Even if you want to improve your abilities to an intermediate level, you’ll need to dedicate a good amount of your time to practice. However, that makes them much more rewarding.

Overall, I would say that snowboarding is easier to get into than skiing. Remember, that’s a broad statement from my personal experience. I don’t think that applies to everyone, and some people will find skiing much easier. It truly differs from person to person. And remember to always stay safe on the slopes.

Do you think skiing or snowboarding is easier? Why? Let us know in the comments below!