What Does Ski U Mah Mean? 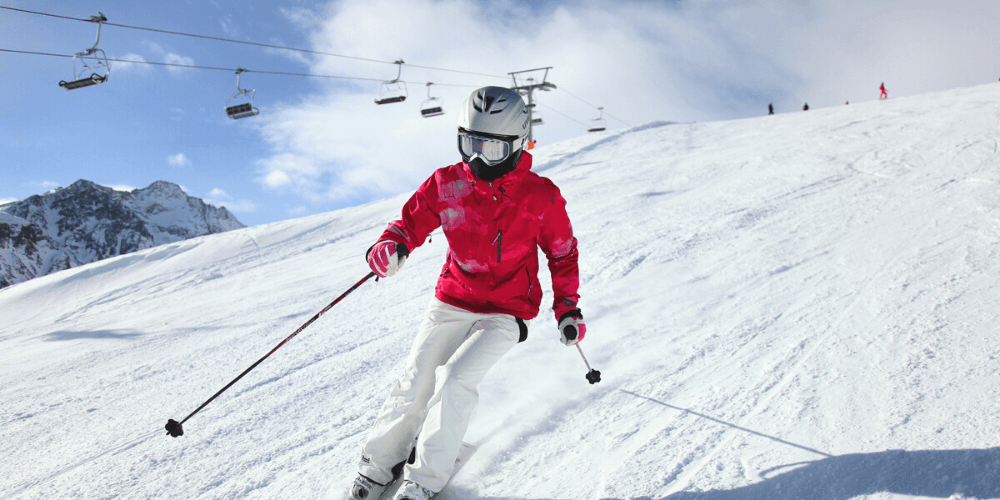 There are many frequently used sayings that people throw around without knowing or understanding their definitions.

Sometimes, the terms are passed down over the years and the meaning becomes lost. Other times, they become forgotten and people use them without ever knowing their origin.

One such term that you might be familiar with (especially if you live in Minnesota), is Ski-U-Mah. If you live anywhere else in the world, that phrase might seem like a bunch of nonsense.

However, it does have a set meaning. This guide will look at that meaning by breaking down the phrase and studying its origins.

Ski-U-Mah is part of the fight song for the University of Minnesota. If you’re familiar with any US college or university, you know that each one has a different fight song that’s typically played by the school band during sports games or other large events.

The songs become synonymous with each different college or university and eventually integrate directly into the school’s culture.

For the University of Minnesota, Ski-U-Mah has become a well known and often chanted part of their fight song.

Even so, most students and alumni still have no clue where the term or phrase came from or what it means.

In actual context, the phrase Ski-U-Mah is part of the fight or rally song known as Minnesota Rouser. The phrase is only one small section of the song and, while it’s well-known, its meaning is not.

The phrase itself dates back over 100 years, when two University of Minnesota rugby players (John W. Adams and Win Sargent) wanted a new school rally chant. After much deliberation, they eventually settled on Ski-U-Mah.

John and Win first set out to find a new rally chant in 1894. Back then, not only was America quite young, but there were still a lot of Native Americans in and around the University of Minnesota.

During a canoe race between the members of the Dakota Sioux tribe, one of the boys noticed some of the athletes yelling out “Ski Yoo.”

The pair soon learned the phrase was the Dakota word for victory, which happened to make it perfect for school sporting events as well.

However, at that point the phrase was only half done. The ‘Mah’ part came in later because it rhymed with the common ‘rah’ chants noted in other university fight songs. Those two phrases then came together to form Ski-U-Mah.

For additional context, the official school chant goes, “firm and strong, united we are. Rah, rah, rah for Ski-U-Mah.”

This phrase turned out to be quite a hit with the rest of the school and it quickly turned into the main rally song that was played at events for years to come. It is actually pronounced ‘Sky-U-Mah’ even though it is spelled like ski.

The combination of a chant that easily translated to a full band song with the true Sioux meaning of the word (victory) has made Ski-U-Mah a phrase that’s lasted for over a century.

Does Ski-U-Mah Have Anything to do with Skiing?

Even though it does have the word ski in it, Ski-U-Mah has nothing to do with skiing. As you can tell by the story above, this phrase originated a long time ago while two students watched canoe races in the late nineteenth century.

There are a few small ski hills in Minnesota, but the rally cry has nothing to do with playing in the snow. Rather, it’s all about sporting events and victory.

The University of Minnesota does have a few winter sporting events, including a ski team. As such, when the rally song is played for those sports Ski-U-Mah has a slight relation to skiing.

However, that’s a bit of stretch. Truly, the sport and phrase have almost nothing to do with each other.

I’m sure some Minnesota fans have listened to the song or sang it on the chair lift, but even the actual pronunciation of the phrase distances itself from the sport of skiing.

When you hear it and listen closely you will hear it sung as Sky-U-Mah, which will not make you think of skiing at all.

The Ski-U-Mah chant has been a part of the University of Minnesota rally chant and fight song for well over a century.

It’s been sung over and over again by many students, fans, and alumni at a wide variety of sporting events. It continues to be a well-known part of the football team to this day.

While most people who sing the chant have no idea where it actually comes from or what it means, now you do.

Even though it has nothing to do with skiing, people often wonder if it does and why it’s become such a commonly used phrase in Minnesota.

If you’re a skier living in this state, you might be disappointed to hear that. However, just know that your university has a pretty great rally song that’s stood the test of time. There’s even a great story behind it.

Do you know any other common phrases that people think might be in relation to skiing but actually are not? Let us know in the comments below!