How is Ski Jumping Scored? 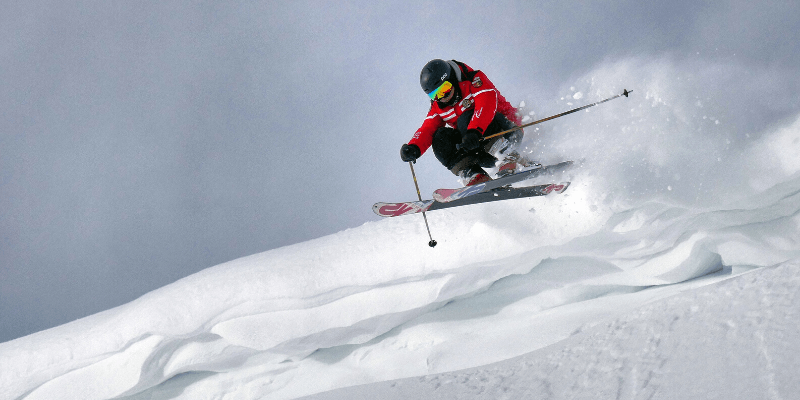 Many people love to watch ski jumping. There’s just something exciting and magical about seeing a human practically fly through the air. Even if you’re not a skier, you are likely familiar with ski jumping and have seen it on television during the Olympics or other winter sports competition.

The basic element of this skiing event is obviously jumping, but most people don’t know how it’s actually scored. This article will shed some light on that process by breaking down the event’s history and going through its different elements.

As with many other ski styles, the roots of ski jumping can be traced back to Norway and other Scandinavian countries where skiing originally started as a way of transportation. Of course, jumping was never an actual means of transportation. Rather, it was invented as a competition back to the late 1800’s, and the first Olympic ski jumping competition was held during the 1924 winter games in France.

Ski jumping has been included in every Winter Olympics since it first appeared and has always been a fan-favorite. It’s not only impressive, but seeing skiers fly through the air over great distances is also quite fun to watch. Ski jumping is different from other styles of the sport because you don’t ski down a mountain. Instead, you zoom down a specially constructed ramp and jump at a specific take-off point.

The Basic Rules of Ski Jumping

Ski jumping competitions require a specially made ski ramp from which skiers are able to ski down and then jump off. These ramps are constructed of wood and metal and are often a part of a regular ski area.

Skiers begin with their descent down the ramp, known as the “in-run” portion of the jump. From there, they hit the take-off point and zoom into the air. That then leads to the flight, which many consider being the most exciting part of the entire process. It is here where the judges take in how far the skier goes. Then, the skier hits the landing and touches down back on the snow.

Almost all ski jump competitions allow skiers to perform one practice jump followed by two scored rounds. There are five judges on the panel for official competitions and there are usually 50 jumpers per competition.

Ski jumpers are not allowed to touch their hands to the ground when they land. Doing so will result in their jump not being scored. In official competitions, such as the World Cup and the Olympics, the top 30 jumpers will progress to another round of jumping where they get an additional two scored rounds.

How is Ski Jumping Scored?

To score a jump competition, the five judges come up with a score for each ski jumper based on both the distance they travel through the air and for the style of their jump. For official competitions, factors such as the wind come into play with scoring as well.

The initial consideration when scoring a ski jump involves something known as the K-line. This term is also commonly known as the K-point or construction line. This point is a target line that all ski jumpers aim for, and it can vary in distance from location to location. A normal hill has a K-line of 90 meters and a large one has a K-line of 120 meters.

Style is also scored by the judges, with 20 points being a perfect store. These style points are a bit subjective and they are up to each individual judge. That can be confusing to the average viewer if they do not know the rules. Judges will subtract points from the style score based on how a skier takes off, what their flight looks like in the air, and how smoothly they land.

Wind, both speed and direction, is another factor that comes into play during modern ski jump competitions. A tailwind will push the skier so they might see reduced points, while a headwind will limit how far they fly and give them a better score.

Wind and gate points have only been in place since 2009 and were created to make ski jumping competitions fairer. Being an outdoor event, certain conditions can give some skiers an unfair advantage.

Now that you’ve seen a breakdown of how ski jumping is scored, pay attention to all of the elements the next time you witness an event or watch it on television. See if you can guess a skier’s overall score. Who knows, you might have a natural talent for ski jump judging. At the very least, you’ll be much more invested.

Have you ever seen a ski jumping event in person? Where was it and what did you think of it? Let us know in the comments below.