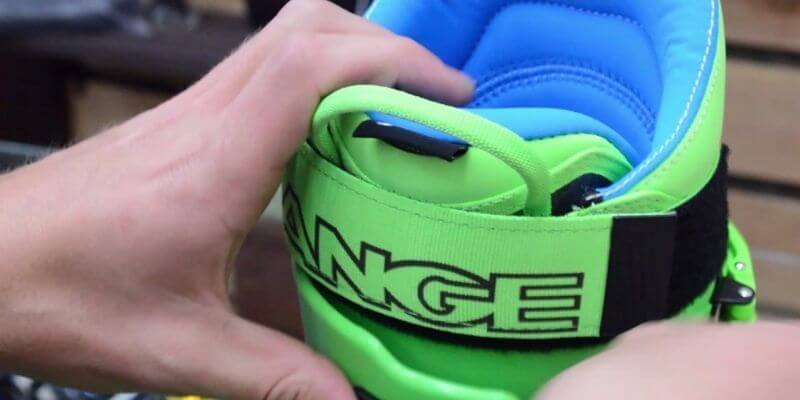 The XT 130 is a ski boot with exceptional downhill performance. It’s a bit heavy and isn’t the best uphill model, but the design supports alpine touring quite well.

I’ve been hitting the slopes since I was a kid. I enjoy getting out in the snow and have hands-on experience with a wide range of different skiing items. I have spent ample time researching these boots and analyzed how they perform in different conditions.

The Lange XT 130 is a niche boot that fills its role extremely well. Its uphill performance is rather weak, and there’s no doubt it’s going to be too heavy for many skiers. Even so, riders whose only goal is to power downhill as fast as they can will love the different features and excellent performance the premium shoe provides.

Getting this out of the way, the Lange XT 130 is a great downhill ski boot. It doesn’t matter where you like to ski or what conditions you like to ride in – if you want a sturdy alpine boot that can handle rough environments, it’s hard to get higher marks than you will with the XT 130.

The uphill performance is a different story. Though this boot definitely tours, it can’t do it half as well as many similar options. The walk mode creates a lot of friction and has a range that’s much lower than I would like. If you’re someone planning long tours, this probably isn’t the best choice.

That’s a small complaint considering what else the boot can do, but it’s important to understand if you think you’re getting a true touring model. I would tell skiers who want a great walk mode to get something that’s lighter and more flexible.

Another reason these boots aren’t ideal for long trips is their weight. They come in at almost eight pounds, which will take a toll on anyone pushing through the backcountry for long periods of time. If your goal is to reduce fatigue, these boots are not your best option.

That being said, that extra weight isn’t the biggest deal for true downhill skiers because it leads to better performance out on the slopes. In addition, the larger frame is stocky and creates a longer-lasting boot that can push through snow year after year. Whether or not the weight is a drawback simply comes down to what you value in your snow footwear. I’m not the biggest fan, but others won’t mind.

Anytime you take a new boot out of the box, you expect it to have some sort of break-in period. However, that’s not the case with the XT 130. This boot seems to work right away, which is something that I love about the model. You’re never going to get a ton of comfort with a downhill boot, but the fit is right. Even if it isn’t, Lange also offers a “low volume” version of this boot for those who want the qualities in a different package.

Something else I liked about the shoe is the insulation. This is a heavy boot. There are some downsides to that, but it also provides you with quite a bit of extra warmth. It doesn’t matter how cold it gets outside, the comfortable fit should work well to ensure your toes stay toasty in just about all weather conditions.

The Lange XT 130 is a solid downhill boot, a fact that’s reinforced through the construction. It’s a two-piece model that utilizes a flex overlapping design. While I appreciate the modern approach, it does make the shoe a bit harder to get in and out of than tongue boots. That won’t matter to people who get into their footwear inside a warm resort, but I definitely don’t enjoy fighting with my boots in a cold parking lot or in a windy tent.

All of the extra features here, while not particularly innovative, add to the package. You get four standard buckles as well as a velcro power strap. I also like the boot’s sole, which is versatile and can be used with many modern touring bindings. Extra versatility is always something I appreciate.

I consider the Lange XT 130 Boots to offer a lot of value for their price. It’s not easy to get cheaper high-performance ski boots, but these fit the bill. They aren’t going to give you a lot of versatility, but you definitely get a ton of performance without breaking the bank. Their durable construction and proven design also mean they won’t go out of style or break anytime soon.

Though the XT 130’s number one feature is its downhill specialization, I truly enjoy the comfortable fit right out of the box. That’s something you’re almost never going to see in a boot, especially one focused on getting you down a run. The warmth and insulation are both quite nice as well.

I also appreciate the value. You’re definitely still spending quite a bit of money on this shoe, but it’s much less than you would expect for what you get. It’s a solid deal for people who need what it offers. That alone can make up for some of the less-than-desirable traits.

If there’s one thing to dislike about the Lange XT 130, it’s the uphill performance. The walking mode, while not a huge deal for dedicated downhill skiers, just doesn’t have a long range seen in other models. It can also be a bit uncomfortable, which is less than ideal.

I’m also not the biggest fan of the weight. While the heavy shell does pay off in terms of downhill performance, it also makes the shoe a bit tricky to lug around. You’re going to get tired wearing these. That is then furthered by the tricky overlap system.

As great as the Lange XT is as what it does, it’s far from the only solid alpine downhill option on the market. If you want other touring options that offer something else, these will give that to you:

Is this boot heavy?

Yes. The Lange XT 130 weighs in at around eight pounds.

Are these boots easy to put on and take off?

The Lange utilizes an overlap system. Though it’s not difficult to use, it will still take a bit more time to get into than models that have tongues.

This shoe has solid insulation thanks to the heavy weight and snug fit. Those help keep the cold out and your feet comfortable.

Despite its intended use, the Lange XT 130 only comes with a little bit of touring functionality. Even so, the durable shell and incredible downhill performance make it a great alpine option. You’re getting a lot for a low price, and that’s something all touring skiers will be able to appreciate.

While there are a few drawbacks here and there, this is a solid boot. It has a strong construction, will keep you warm, and breaks in right away.

For those who want a lightweight shoe or who value versatility, there are better models on the market. For those that want alpine footwear that can handle all conditions, this is a truly great choice.