Can You Ski Without Poles? 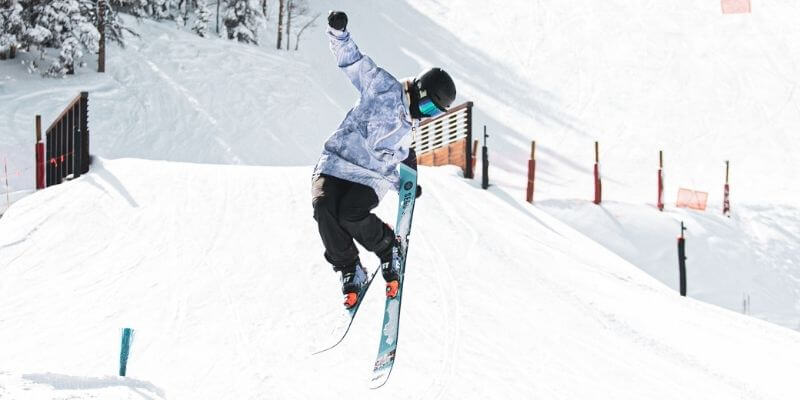 When most people imagine ski gear, they likely think of a fully-outfitted racer zipping down the mountain. There are many parts that go with that outfit, and one of the most iconic is ski poles.

The sticks are one of the more well-known pieces of a skiing ensemble, and for good reason. They serve quite a few important functions that help you on the slopes.

However, just because poles are important, doesn’t mean they are completely necessary to all skiers.

In the following guide, we will take an in-depth look at ski poles by covering what they’re used for, the different ways to take advantage of them, as well as why you may or may not need them when you ski.

The Reason for Ski Poles

Before breaking down why you would or wouldn’t use poles while you’re skiing, we first need to analyze why skiers use poles in the first place.

They may seem a bit unnecessary, and in some cases they may even hold skiers back, but they do serve a few critical functions.

The main reason skiers have poles is that they provide balance on runs. Being able to get more traction in the snow not only helps you stay upright, but it also keeps you in step as you move around sharp turns or zip between different obstacles.

At certain times you may hit a rough patch where, rather than falling, your poles keep you going.

Beyond that, poles keep you in rhythm and help with general timing. A big part of skiing is getting a general flow as you move.

Poles aid in that endeavor by providing you more support as you move from curve to curve. That extra bit of balance comes in handy in a range of different environments. They can push you forward and help generate extra speed as well.

Who Needs (or Doesn’t Need) Poles?

So, the big question here is, do you need to use poles when you ski? In short, no. There are many people who ski without them, and there’s nothing wrong with just getting in your skis and heading out to the mountain.

However, that’s largely an oversimplification of a more complex question. Certain skiers use them, and others don’t. It’s those differences that we want to explore here.

First, younger skiers or people just learning don’t use or need poles. As useful as the items can be in different situations, they can also get in the way for skiers who don’t know what they’re doing and unnecessarily complicate the learning process.

Rather than having another distraction, many ski instructors will simply forgo poles altogether and let newcomers focus more on fundamentals or basic balance first.

They can then learn to use poles later on once they have a much better idea of how to handle themselves on the mountain.

For older or more experienced skiers, poles tend to be on a discipline-by-discipline basis. That’s to say, it entirely depends on personal preference as well as what style they’re skiing.

Some people love using poles in just about every situation, while others never use them regardless of where they are or what terrain they’re on.

In general, poles aren’t that necessary on groomers. Some park skiers also choose to avoid poles because they find they get in the way of their moves.

However, most people who venture out into the backcountry or need help on tough terrain use poles as both a way to balance and as walking aids. The ability to push off is also essential in cross country skiing to ensure you can move at a steady pace.

It’s also worth nothing that, while you can go without poles on steeps or bumps, it’s often not a good idea.

That’s because without the ability to easily pivot between turns or better distribute your weight, you put a lot of stress on your knees. That can then lead to injuries down the line.

Of course, without proper balance, it’s easier to fall in tough terrain as well.

The Right Poles for You

If you do want to ski with poles, or if you’re someone who needs to use them, there are quite a few different options out there. When choosing a pair, be sure to get ones that work specifically for your body type and skiing style.

When choosing poles, you typically get to pick between a construction of carbon fiber, fiberglass, or aluminum. Each has its own pros and cons.

Some are heavier and more durable, while others are lighter but not as strong. If you don’t mind paying more, you can get tough-but-lightweight models as well.

If you like to ski in a way where speed matters, you should try to get lighter poles. The same goes if you need to cover long distances or don’t want to add a lot of extra weight to your ensemble.

In contrast, heavy poles can be a good idea if you like to plow through tough terrain or push through harder-to-reach areas. Find the ones that best fit you.

To answer this article’s general question, you can ski without poles. It’s not always recommended for tougher areas, but there are quite a few styles or situations where they simply aren’t necessary.

At the end of the day, whether you go out with sticks or not is up to you. Just know that if you do ride off piste or in the backcountry, they can go a long way. Learn more about ski poles from this FAQ.

Do you ski without poles? If not, have you ever had a situation where you didn’t? Let us know in the comment section below!