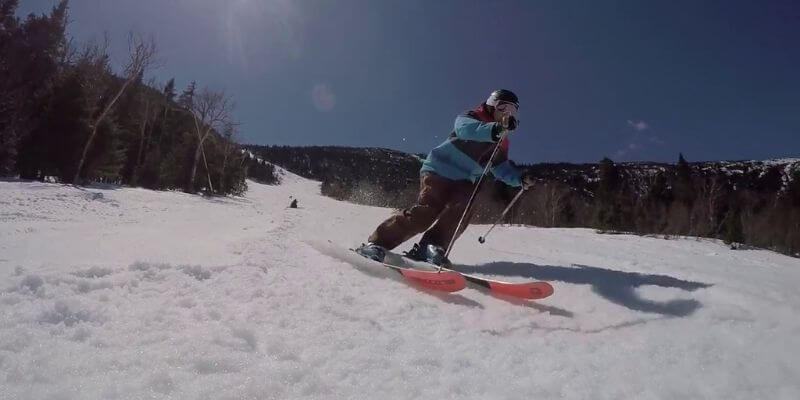 This is my review of Rustler 11 from Blizzard. In my opinion, it is a strong ski that makes up for a lack of poppiness and efficient turns with great versatility and the ability to handle a range of unique areas.

I’ve been hitting the slopes since I was a kid. I enjoy getting out in the snow and have hands-on experience with a wide range of different skiing items. I have spent ample time researching these skis, going over their traits, and analyzing how they handle a wide range of unique elements.

The Rustler 11 is a fun ski for seasoned skiers. The model is pretty playful, decently strong, and can be pushed without being too demanding. The ski can be taken out into many different conditions and hit a lot of versatile terrains. It may be a bit too well rounded for skiers who need a specialized setup, but it does the job for people who like to mix it up on the slopes.

The most important aspect of the Rustler 11 is the versatility. This ski has a lot of applications, which makes it a viable 50/50 option. It does well in and out of bounds, especially if you get a shorter model. The model also excels in deep powder due to the lighter weight construction. It may not be a true touring ski, but I find it holds its own if you’re somebody who wants to do a little bit of everything.

While the Rustler 11 isn’t built specifically for groomers, it still holds its own. It’s quite a lot of fun to carve on soft groomed slopes and smoother off-piste destinations. Though the tip and tail rocker don’t entirely facilitate this, the ski is easy to get on edge too. You’re not going to get a lot of energy when coming out of a turn, but it’s not completely dead either. It gives you good results regardless of if you ski forward or from the center.

One issue here is that the lighter design holds you back when things get tricky. The ski does decently on variable groomers, but you’re going to lose some performance when moving through more challenging areas. As long as you favor wider turns as opposed to tight ones, you’ll be happy to bring this out to groomed snow time and time again.

The bumps are a bit of a mixed bag. The Rustler 11 is a lot of ski, which is not the best when you need to navigate between moguls rapidly. That gets even worse when you consider the wide tips and tails, both of which can easily get caught in larger bumps. However, the Rustler 11 is a lighter ski. Losing some weight definitely helps with maneuverability in the bumps and allows you to have some fun every now and then.

The Rustler 11 does ok in rougher crud. This is not a heavy ski. As such, it’s not going to be able to plow through harder snow with ease. You’re going to have some trouble with refrozen chunks as well as tricky terrain, but you can push the ski in the chop if you’re determined. It’s not a large workhorse, and you shouldn’t treat it as such. Instead, it’s a more precise option for those conditions.

These skis can be pushed pretty hard. It’s a solid model at slower speeds and enables you to keep stable at all but the most extreme speeds. It still gives you a decently smooth ride thanks to the dampness, but that’s not going to make up for what the Rustler 11 lacks. It’s pretty stable for a lightweight option. You just shouldn’t expect much more than that.

As much as it shines in certain areas, the Rustler 11 could be more poppy. The ski is decently playful, but the desire to fall between heavier and freestyle models catches up to it in this regard. It lands well, and that’s about where the praise ends. It has wide tips and tails as well as a significant swing weight in the air. You can have fun with it, but that shouldn’t be your first inclination when purchasing.

The Rustler 11 is not a cheap ski, which sets it back slightly in the value department. I still consider it a solid buy because the construction holds up decently well, and you’re getting a lot of options with the model. If you don’t need the versatility or want a specialized model, this isn’t worth the higher price. However, it can be worth the money if you’re looking for something that has multiple uses.

This ski’s biggest draw is also my favorite aspect: the versatility. It’s nice to have a ski that lets you mix-and-match what you want to do with it in today’s crowded market. As mentioned above, it has the capabilities to be a real 50/50 option. That’s some of the highest praise I can give for a ski that seeks to do it all.

I also really like the Rustler 11’s overall look. Appearance is never my first consideration when getting a new model, but it doesn’t hurt when everything else lines up. The color scheme is quite pretty, especially when you’re sliding around on the snow, and the blend with the more subdued logo works exceptionally well together. If look matters, this ski will check your boxes.
What I Dislike

As the Rustler 11 does well in so many areas, it doesn’t have many downsides. If there’s one, it’s the general maneuverability. The ski has a wider turn radius, which can hold it back in bumps and the trees. I wish it controlled a bit better as well. It can also take a bit of speed and work to carve well, and I would have liked it to be a bit poppier. It’s playful but nowhere near other options in the same category.

The Rustler 11 has a lot going for it, but many models on the market push into the same space. If you want to branch out, these are a great place to start:

What is this ski’s turn radius?

Depending on the size, the Rustler 11’s turn radius varies between 16 and 23 meters.

Who is this ski geared towards?

The Rustler 11 is an advanced ski for seasoned or expert riders.

Is this ski durable?

While it’s not the strongest ski on the market, the Rustler 11 has a construction that should hold up well in all but the most extreme environments.

If you want a ski that gives you options or simply want something that doesn’t box you into a corner, the Rustler 11 is a great ski. It’s fun, intuitive, and does a lot for anyone advanced enough to be able to take advantage of its many traits.

While it doesn’t quite succeed in all situations, mainly due to the lack of pop, it does well enough if you want a powder option or something you can take out when you need to get off-piste.