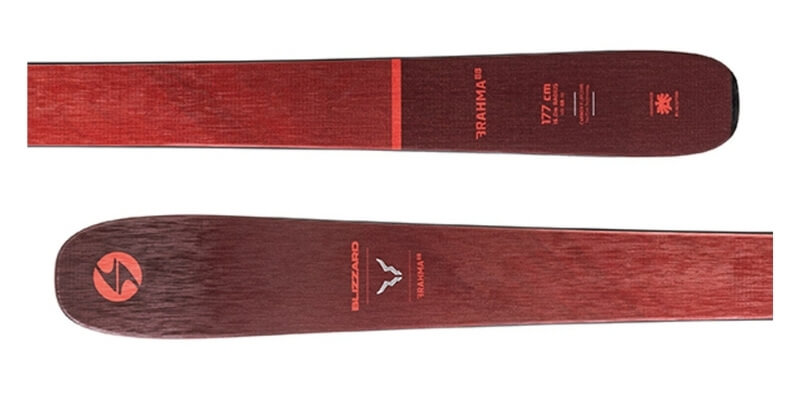 This is my review of Blizzard Brahma 88. In my opinion, it is a hard-charging resort ski that provides all-mountain performance and a speedy design. As such, it’s fun, built to rip, and works well for those who want to haul as fast as they can down the mountain.

It’s hard to find another option with an 88 mm width that can do everything the Brahma does.

I’ve been skiing almost as long as I’ve been able to walk. I have skied all over the world and have decades of experience skiing on, testing, and reviewing different skis and skiing equipment. I thoroughly researched the latest model of the Blizzard Brahma 88 and spoke with a few friends who have experience with them as well. Below you will find my detailed review.

The Brahma 88’s are born to rip and truly excel on-piste. Their fast-flying nature gives them attributes of a GS race ski, while their design provides the versatility needed to be a true all-mountain option. If you love bombing groomers and racing your friends on an open slope, these skis will give you everything you’re after. They aren’t the most effective option for bigger mountain situations, but can still hold their own.

Speed is the name of the game with these skis. They are a lot of fun to have underfoot if you love to turn the throttle up and get going. Not every all-mountain or freeride option is built with speed characteristics in mind, but these are great for speed demons who want to zip as fast as they can. That extra power truly shines on groomers and hardpack. They feel controlled and stable in those conditions.

A key to the Brahma 88’s high-speed performance is their large amount of edge grip. They are light on rocker and instead feature quite a bit of traditional camber underfoot. That’s an homage to ski racers everywhere and provides you with plenty of control and power for carving big turns. They are also quick to respond when at full throttle. Again, this profile feature stands out more on hard snow situations.

In other conditions, this built-for-speed design doesn’t offer much to write home about. The Brahma 88 is capable in deeper snow, but it doesn’t excel there. These are better left to the frontside of the mountain if you really want to take advantage of their speedy nature.

While the Brahma 88 falls into the all-mountain category, it doesn’t quite live up to the standard set by some of my favorites. First off, they are pretty narrow thanks to their 88 mm width. That greatly cuts into their versatility. That’s not to say they aren’t capable, but if you aren’t a well-seasoned skier, you’re going to have a tough time when you take these into bigger and badder situations.

That said, they do still provide decent versatility and are strictly made to stick to the groomers and open lanes of the resort. In packed powder conditions, they will serve you well as long as the snow doesn’t get too deep. They are also pretty dang fun in the bumps and have a quick-to-respond feel that will help you keep your knees locked-in and bouncy on mogul runs.

In powder or the trees, the Brahma 88 mya hold you back. They simply aren’t made for deep snow. If you try taking them into tree stashes with a little crust, you’re going to work for your fun. Again, that’s not to say they are terrible in those situations, they just aren’t designed for it. Beginner skiers will not want to venture outside of established runs with these on their feet.

The Brahma 88’s construction utilizes elements of both rocker and camber in the profile shape. They are fairly light on rocker, and that’s noticeable when you take them into situations where the snow is deep. If you don’t sit back in the saddle, you can bury the tips in deep snow. That being said, the heavy camber underfoot is awesome when you want to go fast. That’s where the skis shine.

The 88’s core is made with two different types of wood. That keeps them stiffer underfoot and gives you power, but also raises your ability to turn quickly and effectively. This construction keeps them stable and strong at speeds, which is pretty noticeable. The wood blend alongside the camber provides excellent grip along the entire length of the ski as well.

Surrounding the core are two layers of Titanal laminates. Those add strength without weighing the skis down. That then works with bi-directional carbon fiber to increase lateral strength and stiffness. They also have a rubber anti-shock layer to further keep things smooth at speeds as well as sandwiched sidewalls to help with power transfer and control.

The style is a little underwhelming. They are mostly red and don’t have much in the way of graphics. I’m not a big fan of red anything, so I have an obvious bias here, but I feel like Brahma could use a little more effort to make these skis pop out in the lift line.

The Blizzard Brahma 88 is a moderately expensive ski with a somewhat niche all-mountain design. That gives them good value if they’re exactly what you need. However, their value does dip if your goal is to get a true all-mountain option. The skis are also mostly catered to advanced and expert skiers, which cuts on their versatility. They do offer good durability and performance, and those are worth something.

At the resort on a fresh groomer or open run, these skis are awesome. If you have a need for speed like me, you’re going to be more than pleased with all they have to offer. The popularity of all-mountain skis has led to a decline in more race-focused or fast-paced options. While these aren’t a race ski, so to speak, they are definitely built to provide you with the power and control you need to go all out.

I also like the Brahma 88’s power and edge control. It’s a truly liberating feeling to be skiing at a full clip and still remain in full control at all times. Like a sports car that hugs the road, these skis stay on the slopes with every turn. Combine that with the underfoot camber, and you have a ski that stands out in the all-mountain freeride category for power and edge control.

The Brahma 88’s are also a blast to ski in the bumps. Their fast-paced nature shines here, as does the dual wood core that uses a softer wood in the tip and tail. That gives you a good feel when you’re initiating quick turns. While I don’t always seek out bump runs, these skis should do the trick for just about anyone who likes to blast moguls.

The Brahma 88’s have excellent speed, but that’s really the only area in which they shine. For an all-mountain option, they are definitely underwhelming. The 88 mm waist will be too narrow in a lot of situations. As such, I don’t think they’re versatile enough to be recommended as an all-mountain model unless you’re specifically looking for speed.

The lack of rocker is also an issue for me because it limits the Brahma 88’s versatility. I prefer the ability of more heavily rockered skis that go from one condition to another without worry. With the Brahma, you’re going to be a little worried when you take these into the trees.

The Brahma 88 also doesn’t do all that well in powder. A powder day can be a lot of fun no matter what ski you’re using, but if you’re used to something floaty and surf-like, these aren’t going to live up to those standards.

If you want an option that’s similar to the Blizzard Brahma 88 check out these alternatives that have a versatile performance and quality design:

Can the Brahma 88 be used as a backcountry ski?

Not really. They don’t quite have enough rocker to handle the shifting conditions and deeper snow that you might expect off-piste. You could try, but it’s not recommended for a touring set up.

What lengths do the Blizzard Brahma 88 come in?

These skis come in 171, 177, and 183 lengths. For advanced or taller skiers, go with a larger length. That will give you more speed.

What makes the Brahma 88 a good ski for going fast?

They have a lot of camber underfoot, which provides plenty of power and edge control when you need speed. The profile shape also allows you to generate pop and push when you initiate turns at high speeds.

The Brahma 88 is a fun ski to try out if you love to go fast and spend most of your time exploring the front side of the resort. They are fully designed to excel on groomers and hard pack and live up to that distinction. However, they aren’t all that versatile in other situations and I wouldn’t recommend them as a true all-mountain option if that’s what you want from your ski. There are other options out there.