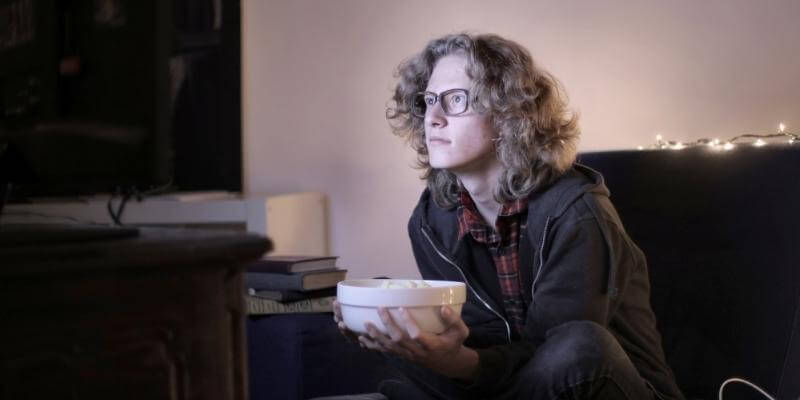 While it would be lovely if you could spend all day skiing down the hills, that isn’t always realistic. You might be hurt or tired, it might be too cold or it simply might not be the right season. Thankfully, your love for skiing doesn’t have to take a break when you do.

There are many great skiing movies out there that are perfect for quenching your thirst for the slopes, without leaving your couch. Whether you are injured, worn out, or it’s the middle of summer, you can always get your skiing fix.

Without any further ado, let’s take a look at some of the best ski movies and documentaries you can watch today.

This movie claims to be the best skiing movie ever, and it just might be. The film centers on outstanding ski footage in wonderful locations, and everyone involved does a great job of not taking themselves too seriously. They poke fun at each other, and the industry, while keeping audiences floored with amazing tricks and runs.

However, one of the biggest reasons why this film is so beloved is that it is the last feature-length movie to include Shane McConkey. The Canadian-born McConkey is arguably the most famous and popular skier of the 21st century, who unfortunately died a year after the release of the film in a base-jumping accident.

While many of the films within this guide will be documentaries, this is a Hollywood ski film that gets it right.

Downhill Racer was released in 1969 with a star-studded cast that included Robert Redford, Gene Hackman, and even a cameo from Sylvester Stallone. The movie is about an American skier who joins the U.S team to compete in tournaments in Europe.

Believe it or not, Redford did his own skiing in the film, as well. However, in addition to showing off some great skiing shots and views, the film is about much more than skiing. It is about redemption, perseverance, heartbreak and much more.

Supervention is a simple and elegant film all about unbelievably gorgeous landscapes and amazing skiing. The film takes place in numerous beautiful settings including Canada, Norway, Sweden, and multiple other locations. In particular, the scenes shot in Norway are something incredibly special and breathtaking for ski fans.

The film follows many of the most talented skiers and snowboarders from across the planet. This includes Aksel Lund Svindal, Tom Wallisch and shows off many other talented stars from the Scandanavian countries.

If you like a straightforward approach to a ski film that can simply take your breath away for an hour and forty minutes, this is a film to consider.

Earlier we mentioned Shane McConkey, and the huge impact he had on skiing through the 21st century. He was hugely innovative in the sport and has inspired thousands of people to pick up skiing. As we mentioned, he sadly passed away back in 2009 after a horrible accident.

This self-titled documentary is all about his life, his craft, and his legacy. You will learn about him from the people closest to him such as his friends and family members. It is a great tribute that you should take some time to enjoy. He was truly a game-changer when it comes to action sports and was fearless on the slopes.

Lindsey Vonn is at the top of the world. She is arguably the most well-known skier on the planet, and is probably the greatest and most successful woman in skiing history. Not only that, but she is still operating at a high level as one of the best.

This film gives rare access and insight into the life, psyche, and struggles of a champion. The film chronicles her many challenges from recovering from an injury ahead of the 2014 Winter Olympics, to the mental and psychological warfare that goes on as she aims to remain at the top of her sport.

Afterglow is unlike any ski film you have ever seen, and that in itself is enough to warrant a spot in this article. While quite short, this film is simply a work of art in every sense of the word. Shot at night with numerous colorful blends of light, this film depicts some truly outstanding ski footage.

Seeing skiers weave in and out of the colors, many wearing LED-laden suits makes for a spectacular viewing experience. A ton of time and effort went into shooting and editing this masterpiece, and it is well worth checking out. Not only is Afterglow a great film. It was also part of an advertising campaign for Philips.

Any of these movies are documentaries that are perfect for any ski or winter sports lover. Some make you laugh, some make you cry and others will keep you entertained from start to finish. Even if you’re not a huge fan of skiing, these films offer so much more in terms of their story, how they are filmed and the feats the subjects are able to complete.

Do you know about any other great ski movies or documentaries that should have been included in this list? If so, let us know in a comment below!